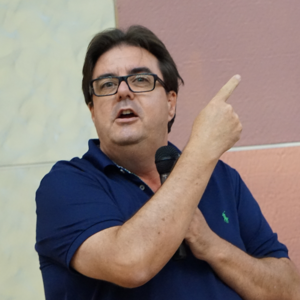 Paul Brown has been writing about technology professionally since 1996, when he got his first break writing a monthly column for the Spanish tech underground magazine ARROBA.

Since then, he has written extensively about Internet fads, creative programming, and fancy gadgets, as well as free software and free hardware. He has edited Ubuntu User magazine both in Spanish and English, Raspberry Pi Geek (in English), as well as the Spanish edition of Linux Magazine.

He currently writes for Linux Magazine and acts as a Communications Officer for Free Software organisations and communities such as KDE e.V. and Free Software Foundation Europe.

No video of the event yet, sorry!

Attendees will learn how, by making changes to the way they explain things, they can reach and convince a larger audience of the value of their projects. Useful for attracting more users, enticing supporters, and encouraging participation.

Happening at the same time: